Bilgewater is the collective name for waste water, oil residues and all other liquid waste (including domestic use) that are produced on a ship. This ballast water is collected in the bilge of the ship. And must be neutralized before discharging into the sea or storing in bilge waste storage tanks for controlled disposal. Bilgewater is collected in the bilge (hull) of the ship and consists of maintenance and cleaning water, tank flooding, leaks and drains.

The bilge water is pumped up into bilge water collection tanks. This in addition to the treatment plant for oil and waste water. It is mixed with other relatively clean water residues such as condensate from air coolers and domestic waste water. The waste water is pumped from the bilge water collection tanks into a separator. Water, oil and solids are separated in the separator. After the separation of the cleaned water into the sea. The contaminated waste residue is stored in bilge waste tanks until it can be disposed of in a port.

The level of bilge water must be checked at various locations. First and foremost in various places in the hull of the ship itself, but also in the bilge collection tanks and the bilge waste tanks. Too much bilge water causes too much draft of the ship and must be pumped out in time. Bilge level switches ensure that the pumps are controlled in time. Bilge level switches must continue to work well in the extreme conditions of a bilge, where they can also pick debris and lumps of wood in addition to oil and chemicals. 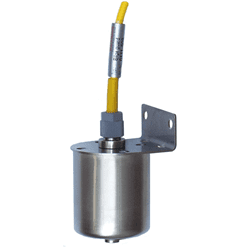 The UNS-VA/SB4 is a rugged and sturdy bilge level switch made from stainless steel. It is especially designed for shipbuilding industry, offshore, oil tanks...
* Prices excl. VAT, plus shipping 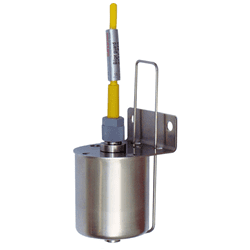 The UNS-VA/SB5 with test function, is a rugged and sturdy bilge level switch made from stainless steel. It is especially designed for shipbuilding industry,...
* Prices excl. VAT, plus shipping