The CFS25 mass flow tubes can be combined with a CFT51 Coriolis flow transmitter to form a Coriolis mass flow and density meter. The principle of Coriolis acceleration is used, with which real mass flow measurements of liquids can be carried out directly, without requiring external temperature, pressure or density measurements. The CFS25 series consists of flow tubes with a double pad. The liquid is split into two webs in two separate parallel connected loops. The smaller diameters (3 and 6 mm) can also be designed as a single path, the medium first passing through the one and then through the second flow tube. The CFS25 flow tubes are available in diameters from 3 to 50 mm.

There are no reviews yet 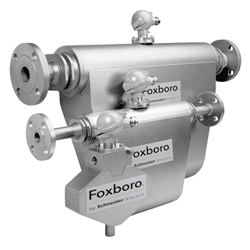